Statements and lies in court – truth and duty? 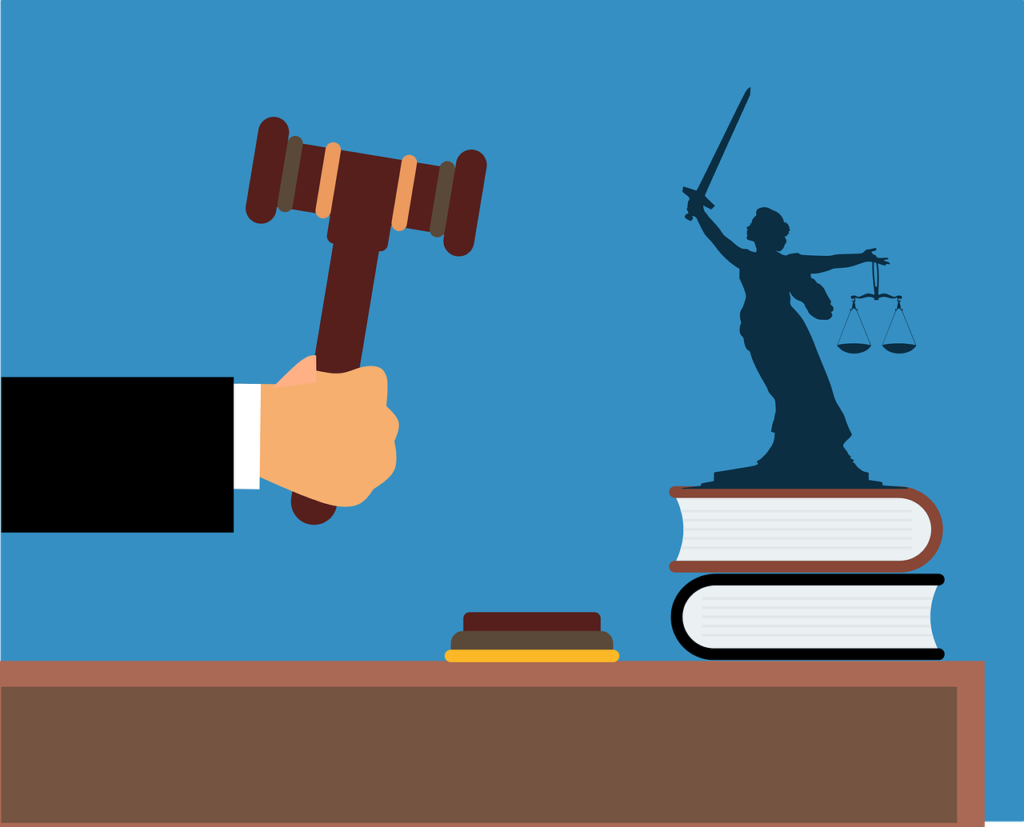 Who wins court cases? The clever lawyer with the law book in his hand? Or the one who has convincing „evidence“?

Does the outcome of trials depend more on the conviction of the judge or perfect legal work? Many legal disputes are not about difficult interpretations of the law, but about the evidence. This realization is common knowledge in legal circles.

Testimonies are important to the outcome of trials. A judge, who was not present on the scene must make a decision in the courtroom. The author still remembers his religion teacher from school saying, „Children, nowhere is there so much lying as in court.“ We school children were shocked by the evil world of adults, however, was the religious teacher paranoid or was he telling the truth?

If so, we must use German law to define the truth.

What is the basis of the judicial decision? What must the judge investigate? What is the issue in the case?

There are two different ways for the court to approach an event retrospectively: the official investigation principle or the principle of bringing the case to court.

The official investigation principle means that the judge must clarify facts ex officio and to make inquiries and inquiries. The judge must clarify the facts that are relevant to the decision. This principle governs, for example, criminal proceedings (regulated here in Section 244(2) of the Code of Criminal Procedure). „Here the judge runs to the buffet and eats his way through all the drinks, sauces and food.“ The judge asks and asks and asks to find out the facts of the case.

In civil litigation, the principle of Teaching applies. If someone wants the judge to decide, he must present and produce the facts. For example, this applies in the Civil Procedure Code, i.e. in disputes between citizens. This principle of submission states that in making a decision, the court must take the facts brough into the case by parties into account. Here, the judge does not have to ask big questions, but must rely primarily on what the parties present. „The judge sits in the restaurant and eats the dish that the waiter serves the judge.“

Who is officially allowed to lie?

Example: Wuppertal, on 01.03.2019, the defendant or respondent goes into the public toilet at the town hall and smears the walls with felt pens. In terms of criminal law, this is damage to property. In the civil case, the owner of the facility wants compensation for the cleaning costs.

Unlike in criminal proceedings, where the defendant or accused can lie in his or her favour, in civil proceedings the parties must give the circumstances „completely and in accordance with the truth“ as stated in Section 138 of the Code of Civil Procedure.

So, in criminal proceedings, the defendant is allowed to lie and the judge must always keep asking. Judge: „Defendant, were you in the public toilet at the town hall on Monday 01.03.2019 and smeared the walls there with a felt-tip pen?“ Defendant: „Nope, I can’t write, I don’t have a pen and I wear diapers. I wasn’t in the bathroom at the town hall!“ He is lying and that is officially allowed.

In civil proceedings lying isn’t allowed, if the defendant had been sued in the local court by the owner of the toilet, he would have to speak the truth. If he is sued for payment of 20 € cleaning costs, will a defendant speak the truth? Sometimes we need other sources of knowledge in the court.

So, sometimes defendants lie and parties in civil proceedings lie, even if they are not allowed to.

Important sources of knowledge for courts are, in addition to documents, the visual inspection, the testimony of witnesses.

This is where the crux begins. The witness can rarely present the facts truthfully, often, it is because the events are far in the past. The events are presented as certain although if the witness can hardly remember them. Witnesses are rarely objective, and they can lie.

The witness in civil proceedings is also admonished to be truthful and is advised that he or she may have to swear to the testimony (Section 395(1) of the Code of Civil Procedure) and how a judge evaluates the witness’s testimony is at his discretion (Section 286 of the Code of Civil Procedure). The judge decides whether the witness is credible and whether his testimony is credible. However, it is difficult for a judge to recognize when a witness is telling the truth and when he is lying.

When is the lie not recognized?

Does the error begin in legal education? How are future judges prepared? During their studies, they work on a completely clarified set of facts and during their legal training they only question witnesses a few times.

No wonder that a judge cannot properly evaluate the behaviour of the witness and the nature of the testimony. Are witnesses‘ testimonies wrongly evaluated?

Even if witnesses do not lie intentionally, human memory cannot be relied upon one hundred percent. Is the course of events reliably reconstructed? Much depends on the concentration on the course of events. Memory gaps occur, various details are omitted. This gives the judge a distorted picture of the decisive events.

The perceptive faculty varies from person to person. The perceptive faculty depends on the current condition, age, and concentration on certain events. Details are misperceived, for example, which could be of importance for the clarification of the facts. Witnesses may mishear, visually deceive, confuse people and their names. Let’s take a traffic accident as an example. This usually happens so quickly that a person can hardly grasp all the events correctly. Rather, he grasps individual parts of the event and from this he unconsciously forms the „overall event“.

Numerous researches have been carried out on this subject. They showed that events, directly interpreted by people and are often connected with other circumstances and only then stored. Later the events are brought back distorted.

Of course, false statements are prosecuted in court. The untruth must be proven. This proves to be problematic, especially if the testimony is the only evidence or it is a testimony against another testimony. The parties know this before the trial begins and can prepare themselves for it.

The problem is well known in legal circles, but a satisfactory solution has not yet been found. What would be a better solution?

Questioning techniques, whether the witness is lying?

Above all, it depends on the right questioning. Numerous research in this field showed that asking about details of a certain event makes liars stall. Lying stories are built chronologically. The lying witness has been well trained on the specific questions about the facts in dispute. He wants to get rid of the prepared answers quickly. When asked unexpected questions about the weather or details about the defendant’s clothing, liars expose themselves.

Blank questions such as „what happened?“ are designed to get the witness to provide further, uninfluenced information. Trigger questions bring the respondent to a specific topic, e.g., „How did this conversation come about?“. First, the witness reports himself without being interrupted. Then the interviewee should continue with the additions. As long as possible, „W“ questions should be asked „Who?“, „How?“, „Where?“, „Why?“, „Why?“. The interrogator can tell if the truth is being told by answering situational questions, asking unexpected questions on incidental topics. Liars can answer these with difficulty; they do not have „real memories.“

A big mistake would be to only ask negative questions. Lying is easier if the questions are answered only with „no“ or „yes“. Do not tie several questions together, this will confuse the witness and they will not give an extensive answer to all the questions. „If the questioning technique seems plausible, it is difficult even or especially for experienced lawyers or jurists to implement it practically. After all, every interview situation turns out differently and every interviewee reacts differently to certain questions.“

According to the established case law of the Federal Supreme Court, the judge’s focus in the evaluation should be on determining the accuracy of the statements rather than the credibility of the person giving the testimony.
„Rather, it is a matter of assessing whether statements related to a specific event are accurate, i.e. correspond to an actual experience“ (BGH judgment of July 30, 1999 – 1 StR 618/98).
There are no one in particular who generally tells the truth or generally lies. This cannot be determined on the basis of professional or social reputation. The rule is not that the wife of the defendant lies in his favour.

An unequal relationship in litigation occurs when, for example, large firms and small firms face each other. Large companies with many employees can often call several witnesses, while the small business owners are already represented as a party in the lawsuit.

Is the judge guided by unconscious sympathy or antipathy to the witness during questioning? According to the standard work „Technique and Tactics of Questioning“, judges Wendler and Hoffmann have been able to establish that sympathy, of the same origin, belonging to the same social class have an effect on the willingness to question statements less. Tests proved that a skinhead was asked more follow-up questions than a pretty young woman, with the same statement. Also, the statements of people from other cultural backgrounds are more often treated with skepticism.

The question of the motivation of the witness can be included in the considerations of the credibility of the witness (BGH in its decision of 30.07.1999, Ref.: 1 StR 618/98. However, these determinations should not be made across the board. The principle of free evaluation of evidence (§286 ZPO), which states that the court has to evaluate the evidence without fixed rules in each individual case should not be forgotten!

As an indication that speaks for the truth of the statement, the self-incrimination is recognized in the jurisdiction. Deliberately false statements have a self-incriminating effect. Differently intentionally wrong testifying witnesses try to represent themselves favourably and positively.

Practitioners found that lying persons exaggerate in their presentation in order to be able to convince the judge in this way. A statement that sounds certain is believed more than one that sounds less certain.

In their book, judges Wendler and Hoffmann point out that lying witnesses have a limited ability to judge whether what they have described in court is sufficient to achieve the goal of the trial. That is why liars say more to „convince.“ Often, what is said „too little“ speaks to the truth. If it is too little for the judges and they demand an „exact description“, the liar will respond and „improve“ again. If the witness does not make these „additions“, the truth of the statement can be assumed.

Honest persons should be able to admit memory deficiencies in their statements, while false witnesses avoid this. Body language is a cognitive tool for judges. It is not the characteristics such as nervousness or avoidance of eye contact that are important. Rather, it is the unconscious signals that are crucial. However, interpreting body language is difficult in practice. Some behaviours can be interpreted ambiguously or have other reasons. A person may be internally agitated for other reasons.

„The bottom line is that witnesses do not need to testify alone, they need to be convincing.“ The witness must provide good, credible testimony. The lawyer can have as much legal knowledge as he or she likes here, but ultimately it is the probative value that plays the decisive role, and here the witness is the key figure.

The Kanzlei Dr. Schulte attorneys has been successful in civil-legally since 1995 with special interest in the area of the internet, reputations, and active competition rights. Across the country, the company represents a wide variety of individual investors across different interests. You can find more information at: www.dr-schulte.de. 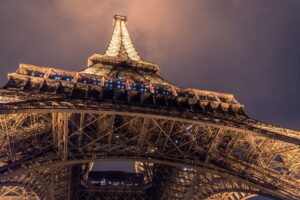 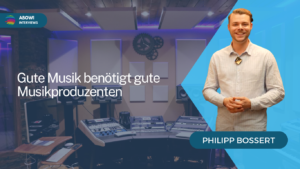 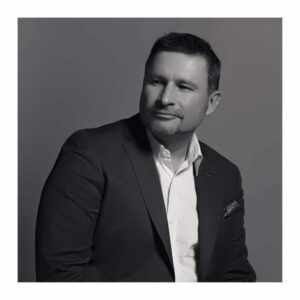